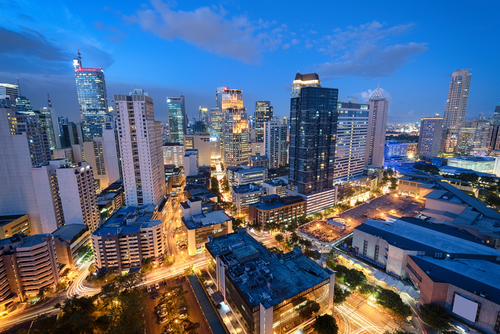 Today we are seeing more vacant malls than ever. Drive outside any city and you’ll see malls that are desperate for tenants. And the tenants are nowhere to be found. Drive further into a rural area and it’s even worse. The commercial real estate market across the United States is seeing a real challenge that seems to have an unsolvable solution. First let’s ask ourselves: Why is this happening.

The answer to that is complicated. There are quite a few reasons why malls are closing their doors. First, the technology revolution. Take bookstores for example. Local bookstores used to be everywhere. Amazon.com began its carnage with becoming one of the first online book stores. Most people thought it was stupid and would never work. Fast forward to 2016, and it’s one of the biggest business success stories in modern history. Technology is allowing consumers access more convenience and therefore, a trip to the mall isn’t worth it. Think you’ll find the exact book you’re looking for at your local book store? Probably not. If you have tried it, you probably ended up disappointed and found that you wasted $5 in gas. Most consumers are willing to wait the two days for “free shipping” and have the book show up right at their door. So technology is two fold: 1) it offers more convenience and 2) it’s less of a risk.

Another answer is the merging of major corporations. As larger businesses gain a larger market share and merge/buy out other companies, more outlets seem to disappear. Banks have been doing this for years. Did you know Bank of America purchased Merill Lynch, and Wells Fargo purchased Wachovia in 2008? Well, most people would say “Hey, well all the Wachovia Signs would just become Wells Fargo signs and the locations wouldn’t move!” Well yes, to an extent. When one company buys another, the purchaser is making the purchase for several reasons. 1) to limit the competition in an industry 2) to gain competitive advantages (patents, secrets, etc) and 3) to lower overall costs. Usually, when one company buys another, it has plans in place to make that merger profitable. And this could mean reducing the less profitable outposts. And in turn, your local mall owner’s space that has been outfitted for a bank’s drive thru is now vacant.

Demographic movement is another reason why the commercial real estate mall market is suffering. There has been a broad change of population movement in recent years. People are moving South. Virginia, North Carolina, and Texas are all experiencing positive population change. Why? One answer is the cheaper cost of living. Another is the nicer weather. States tend to offer incentives for people to move into their state. While New Jersey offers one of the highest property taxes in the country and people are looking elsewhere, Texas is offering extremely low tax benefits for businesses that decide to move to their state. The answer to the population movement South lies in geographic, political, and economic reasons for change. Another population movement currently taking place is the wide movement to cities. Opposed to the “white flight” that happened 6 odd decades ago, there is now a movement where families are moving back to the cities. The jobs are there, and the cities are clean. Take all this into account, and you can imagine a broad movement of where you should purchase retail property and where you should not.

Surprisingly, architecture is another reason why malls are becoming more vacant. The classic mall is the image of the 60’s and 70’s. To flourish today, a mall must offer amenities and almost become a destination. Lifestyle centers are booming. Not only do they offer shopping areas and food/drink stores, they also offer apartments, outdoor lounge areas, and a quality mix of retail tenants that accomplishes both work and fun. As millennials start their lives, they value convenience in the world of technology and want all their problems solved in one place. The answer is lifestyle centers.

So what would an expert in commercial real estate advice you to do? (In no way am I offering financial/investing advice – I would seek your personal financial adviser before making any decision in real estate). That being said, I’m looking into the future. Self-driving cars are on its way within the next 15 years. This means people will be able to sleep to work, and the jobs will still be in the city. Urban areas will continue to flourish. Suburban areas will deteriorate. Rural areas will see a rise in property values, but still wouldn’t be a very good area to have a mall. My suggestion is to look at urban/metropolitan areas for retail real estate or commercial real estate investments. Secondly, with population movement in change, urban areas make sense and so do populated southern cities in the US. This includes Dallas, DC, and Raleigh. See the census’s website for interactive maps that will help you determine where there is positive population change. And lastly, I would find a plot of land that has enough of a population where jobs are moving in while the population can support a lifestyle center. Retail real estate has now became adhesively attached to residential.

PS: For a list of retail tenants that may be interested in becoming your retail tenant, see www.chainstoreleads.com and browse their packages! They have helped many mall owners and they deliver a quality product that has brought success to many retail investors.

What Do Retailers Look For When Leasing Real Estate? September 6, 2017
Where is the commercial real estate market going? May 2, 2016
What are the Criteria Retail Tenants Care about Most? November 15, 2015
Simple and low cost ways to make a mall more desirable January 14, 2015